The Society of Motor Manufacturers and Traders (SMMT) reported a rise in new car registrations in January 2016 which they say was driven by private and business buyers.  According to their figures, registrations were up by 2.9%, compared to January 2015.

Mike Hawes, Chief Executive of SMMT said “January’s solid performance puts the new car sector in a good position to start the year.  Providing consumer confidence remains strong, we expect a more stable 12 months ahead, broadly similar to 2015 which was, of course, a record year.”

Private buyers’ demand for new cars rose by 8% to 73,061 and alternative fuel vehicles also increased in popularity and market share by 32.1% on January 2015.

On the used car market front, the UK car market saw car sales figures exceed £45 billion at the end of 2015 going into 2016, according to the BCA Used Car Market Report. 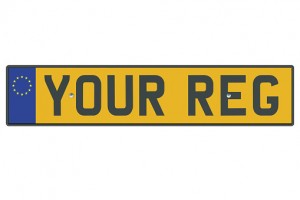 Charlotte Obahiagbon, Financial Director for Premium Plan Limited, a sub-prime lender, commented, “Whereas new car sales are much easier to track from one month to the next,  we normally have to wait a bit longer for the used car sales figures to emerge in reports and graphs, and it seems, based on figures from 2014 going into 2015, it will be worth the wait when 2015 figures come out.”

According to the 25th edition of the Used Car Market Report, published by BCA late last year in association with the Centre for Automotive Management, University of Buckingham, and the value of used car sales in 2014 reached £45.1 billion – a year on year increase of 5.6%.  Based on these figures, it looks set to be a good year in 2016 in the used (and new) car markets for the UK.