Petrol stations across the UK may start to see an end to the falling fuel prices as oil prices start to come back after their rebound and queries are on the increase about fuel excise duty. 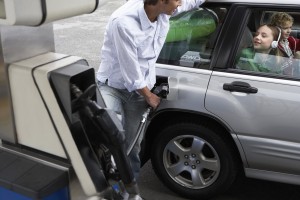 UK Fuel Prices are at a low

Car owners and drivers have been enjoying the lowest prices of petrol and diesel since 2009, but all seems set to change when Government publishes their next budget on Wednesday 16 March.

A report from the Institute of Fiscal Studies (FS) revealed that if George Osborne is to meet his election promise of removing the budget deficit he would need to balance that out with further fuel duty in order to bring in the £3 billion required.

Ahead of the next budget announcement on 16 March 2016, the governing policy and research institutes propose that as a result of the rising negative economic effects of road congestion, fuel duty for both petrol and diesel would need to be increased by 41% and 21% respectively. This could bring in around £9 billion a year for the Treasury.

This would mean Government would then be able to raise fuel duty.  By keeping prices static would suggest the need to tie it into inflation, which is the rise in average price levels over time, and also raising the extra revenue that is required to balance the budget.

The cost of oil is already expected to climb, as is the cost of fuel excise duty to enable Government to raise the necessary funds.

The market has started to increase since January when we saw a barrel of oil costing around £26.  If this rise continues, then the costs will have a domino effect on garage pump prices across the country.

Since November 2015, fuel prices have been as low as below £1, with supermarket chains including Asda, Tesco and Morrison’s seen reducing their prices as the competition for the lowest cost get stronger.