New trials in the UK indicate that drivers could be slowing more on busy streets because of council’s decisions to remove white lines.

Our traditional lane markings on our UK streets could soon become a thing of the past, as councils find new and drastic ways to slow motorists down.

Transport for London (TfL) has already been experimenting with removing central lane markings on busy streets around Croydon and Haringey, and studies show average speeds have fallen by 13 per cent as a result. In some instances motorists slowed down by more than 8mph when their speeds were compared with data from before the lane markings were removed. [1] 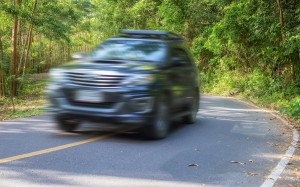 Should we remove white line road markings from UK roads?

According to the study, fewer markings on the road is said to improve safety because drivers become far more cautious and aware of their surroundings. The study further reported that a decrease in average speeds of just one mile per hour is associated with approximately a five per cent reduction in accident frequency.

Norfolk, Wiltshire and Derby councils have already experimented with these schemes and can also be found in other areas across the country, all taking away the centre white lines from some, but not all, roads.

“We’ve been removing centre white lines for at least 15 years in locations that have the right characteristics and where there is community support.”  Tracy Jessop, Assistant Director, Highways and Transport for Norfolk Country council.

However not all agree with the idea.  Paul Watters, Head of Roads Policy at the AA said: “Without exaggeration it is true to say that a simple pot of paint can save lives. In particular, highly visible markings at the edge and centre of the road that can be seen on a wet night are enormously cost-effective in saving lives.”

Alan Bristow, Director of Road Space Management at TfL said: “The results [from the trial] were positive and the trial sites are monitored closely to understand the longer term effects, and we will take account of the findings of this research in the development of future schemes.”

He further added: “There are no plans for any widespread removal of road markings.”

Remove white lines? Don’t do it! Do it!  Do you think removing lane markings is a good idea?

Tell us what you think in the comments below.